The largest Volcano erupts in Hawaii for the second time

Mauna Loa, located inside Hawaii Volcanoes National Park, covers half of the US state's Big Island. 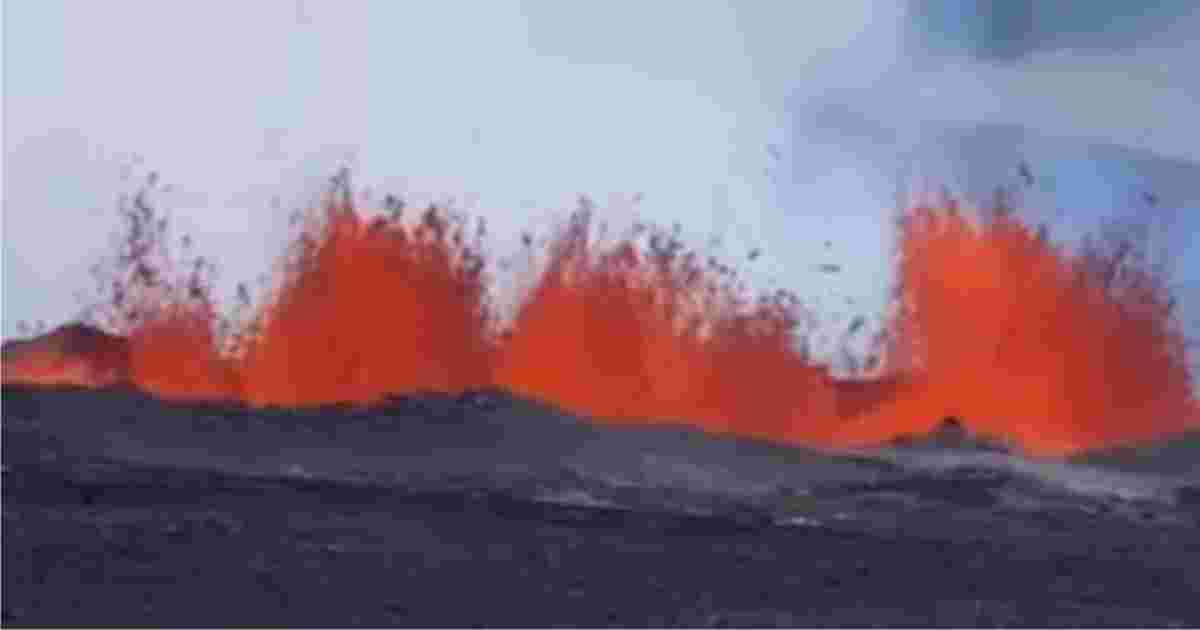 Mauna Loa, the world’s largest volcano, erupts in the USA after 40 years. As the lava is constantly flowing, the resident has already been warned by the authorities that they must vacate their residence.

Mauna Loa, located inside Hawaii Volcanoes National Park, covers half of the US state’s Big Island. This volcano is 4,169 meters above sea level and covers an area of ​​more than 5,179 square kilometers.

The lava follows a series of warnings about the possibility of an eruption following recent earthquakes in the area, including more than a dozen reported Sunday.

According to US Geological Survey officials, Mauna Loa has erupted 33 times since 1843. The previous eruption in 1984 sent lava flowing within five miles of Hilo, a densely populated city on the island with a population of more than 45,000.

Hawaii’s Civil Defense has warned residents there could be a “lava disaster.” Volcanic geophysicist Dr. Jessica Johnson said these lava flows could be extremely dangerous to people and infrastructure.

She warned that lava flows were a risk to Hilo and Kona, another major population center, adding that volcanic gasses can cause breathing problems for residents.

Mauna Loa is the largest active volcano in the world. Other volcanoes are more prominent but are classified as dormant, meaning they have not erupted for a long time or are extinct, meaning they will almost certainly not erupt ‘coming soon.

Mauna Loa shares the Big Island with Mauna Kea, the world’s tallest mountain, measured from the bottom underwater at nearly 20,000 feet below the ocean’s surface.

Its most recent eruption before this year was in 1984, lasted 22 days, and produced a lava flow extending about 7 km from Hilo.

Kilauea, a volcano on the southeastern slopes of Mauna Loa, erupted almost continuously from 1983 to 2019, and a minor eruption has been going on there for months.