Elon Musk reacts to the mass resignations of Twitter employees

"The best people are left, so I'm not too worried." 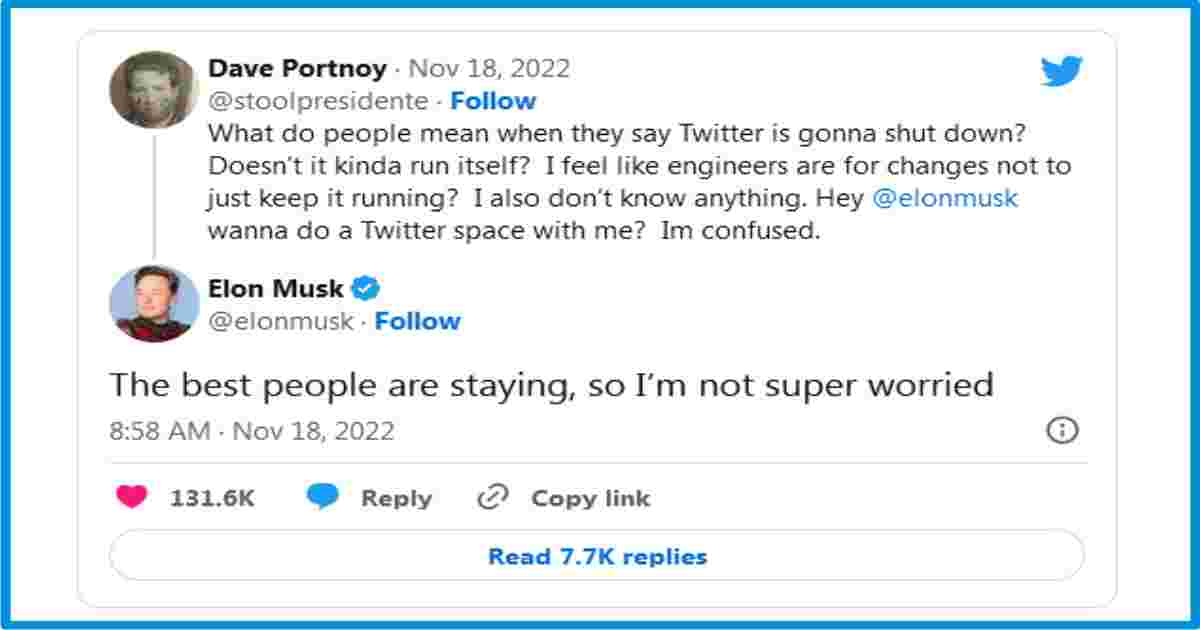 Twitter chief Elon Musk has reacted in a tweet to the mass resignations of employees as a result of his warning.

According to American media reports, Elon Musk had warned Twitter employees to leave the company if they did not want to work hard. After that a large number of twitter employees decided to quit.

Due to massive employee resignations, the social media platform’s headquarters and other offices were shut down.

In such a condition social media users are worried about the future of micro-blogging website Twitter. Responding to one such user Dave Portnoy, Elon Musk said:

“The best people are left, so I’m not too worried.”

It should be noted that this tweet came from Elon Musk when the company was forced to temporarily close offices due to mass resignations of Twitter employees.

After the company was shut down, Elon Musk tweeted that Twitter usage had reached an all-time high.

According to New York Times, Elon Musk made sweeping changes after taking over the Twitter system, including imposing an $8 subscription fee on verified accounts, for which he was severely criticized.