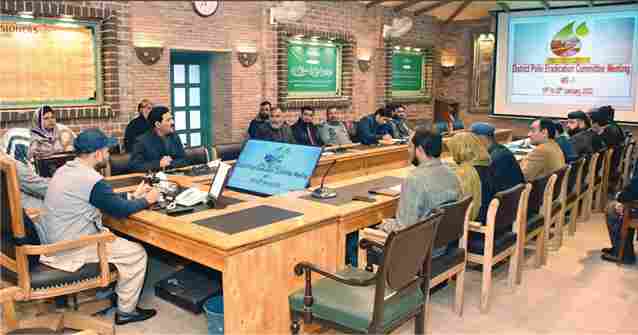 In the meeting, officers reviewed the preparations for the first 5-day polio campaign of the year from January 16 to January 20, 2022.

Briefing the meeting, Dr. Abdul Majeed Niazi said that the target of giving polio drops to 5 lakh 21 thousand 638 children in Sahiwal district has been set.

Teams are formed to complete the target. He said that the teams would also be trained to make the polio campaign successful.

ADC General Syed Usman Munir Bukhari urged parents to vaccinate children under 5 years of age against polio to prevent them from lifelong disabilities.

He said that penaflexes would be displayed at different places to make people aware and announcements would also be made in mosques.

He said that during the training of the vaccination teams, they should clearly mark the door markings and the marks on the children’s fingers so that the officers do not face any problem during checking.