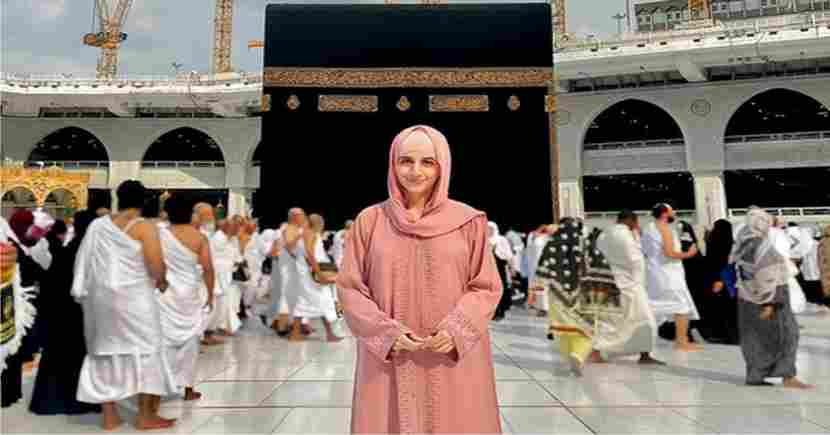 Mawra Hussain, the well-known actress of Pakistan showbiz industry, has achieved the happiness of Umrah along with her mother.

Actress Mawra Hussain has shared a video from Makkah al-Mukarramah on her Instagram account. Earlier, the actress had shared pictures with her mother from the holy city of Madinah.

On the photo and video sharing app Instagram, actress Mawra Hussain shared her photos and wrote in the caption that ‘on 21st December 2022, my biggest wish has come true’. She further wrote that “what else should I ask from Allah, Alhamdulillah”.

She also thanked Allah while sharing the Kaaba emojis and said that she performed Umrah twice with her mother and now she was feeling full of life.

Before performing Umrah, the actress had mentioned her excitement to visit the Prophet’s Mosque in a separate post.

She wrote in the caption that ‘Namaz e Ishq will be performed in Madinah, the path of God is direct in Madinah’.

She wrote that praying in Riaz Al-Jannah of Masjid e Nabawi was the most peaceful experience of her life which could not be described in words.