FIFA states that anyone wearing a ribbon of one love receives a yellow card. 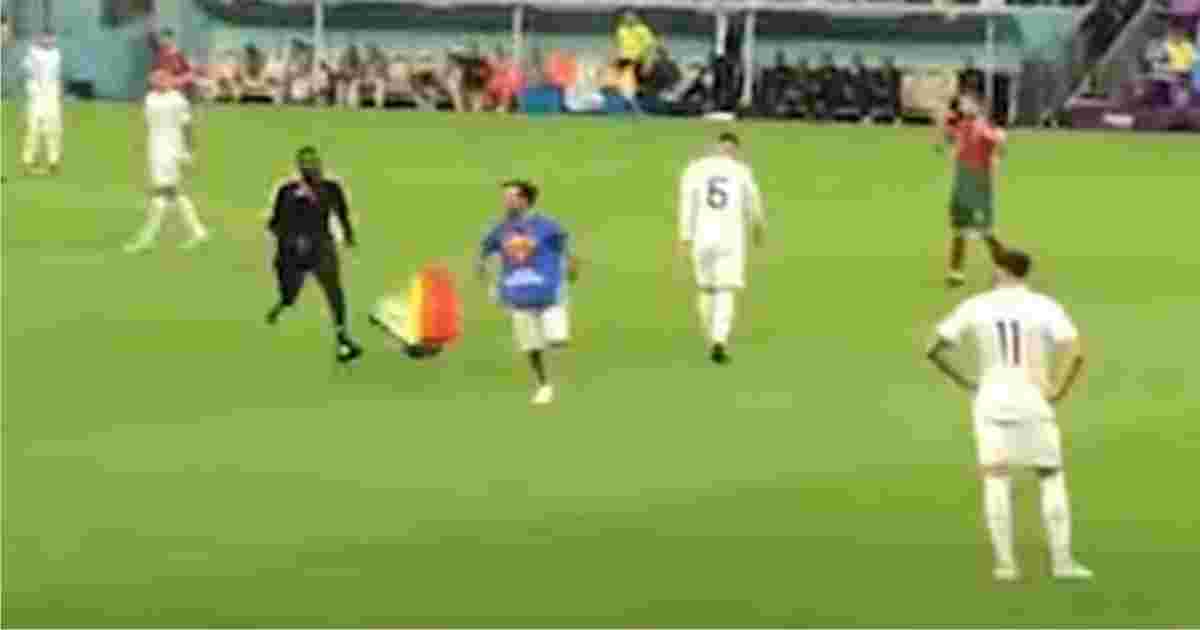 A match between Portugal and Uruguay was temporarily interrupted by protesters crossing the field with rainbow flags. The man carried a rainbow flag and wore a blue T-shirt with a Superman emblem that read “SAVE UKRAINE” on the front and “RESPECT FOR IRANIAN WOMAN” on the back.

The World Cup is happening in Qatar, and as per the country’s rules, they have banned any LGBTQ flags or armbands for the captains.

The cameraman tried not to focus on the man and the rainbow flag he held for 30 seconds when he disrupted the game. Photos flooded social media.

Interference by strangers is not uncommon in soccer matches. But this case was susceptible due to the controversy surrounding Qatar, the conservative Muslim host of this year’s World Cup.

The Middle Eastern country has been at the center of controversy since the tournament began. Alcoholic beverages were banned in stadiums the night before the game, with captains of several countries, including Germany, as a sign of support for LGBTQ rights.

The protester was chased by security forces in the second half of the match and taken away shortly after they stepped onto the pitch. Authorities arrested the protester, and later, he was released.

Protest message for Iranian women has put political pressure in Iran, where months of protests erupted after Iranian deputies arrested Martha Amini in September for allegedly wearing a loose hijab.

FIFA states that anyone wearing a ribbon of one love receives a yellow card. If two yellow cards are obtained in a match by a player, he would have to leave the match.

Ahead of the final group match between the two countries, the United States Football Association tweeted an image of the Iranian flag without the central emblem. They deleted the tweet later and said it was meant to be a statement in support of protests that are happening in Iran.